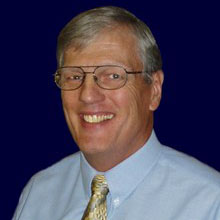 Edward Bartick is a research professor involved in the development of analytical methods for materials. He completed a Ph.D. in Materials Science-Polymers in 1978 at the University of Connecticut. He has worked for Perkin-Elmer Corp. and Spectra/Tech, Inc. as a senior infrared spectroscopy applications chemist and has supervised an analytical, materials research group for Raymark Corporation. In 1986, he joined the FBI Laboratory as a research chemist in forensic methods development. In 1991 he started the one week class, “Infrared Spectrometry for Trace Analysis” for forensic examiners. He acted as research advisor for graduate students from the University of Virginia, Virginia Tech, and The George Washington University while they worked on forensic vibrational spectroscopy thesis projects at the FBI Academy. In Jan. 2007, Dr. Bartick retired from the FBI to direct the Forensic Science Program at Suffolk University in Boston. He returned to the Washington, DC area to join GWU in the fall of 2013.

Dr. Bartick has authored 60 technical publications, including 11 book chapters. He was awarded the FBI Director’s Incentive Award in1994 and 1996. In 1994 he founded the Scientific Working Group for Materials Examination (SWGMAT). He chaired the group through 1997 and continued to play an active role as chair of the Database Subgroup until spring of 2014 when the Organization of Scientific Area Committees (OSAC) at NIST assumed the role of SWGs. Dr. Bartick is a Fellow of the American Academy of Forensic Sciences, is a member of the American Chemical Society, the Society for Applied Spectroscopy, and the American Society of Trace Evidence Examiners (ASTEE).