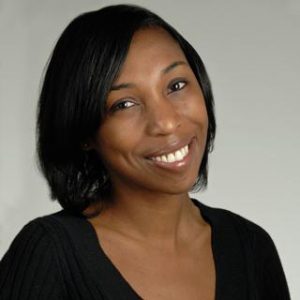 Kandice Tanner received her doctoral degree in Physics at the University of Illinois, Urbana-Champaign under Professor Enrico Gratton. She completed post-doctoral training at the University of California, Irvine specializing in dynamic imaging of thick tissues. She then became a Department of Defense Breast Cancer Post-doctoral fellow jointly at University of California, Berkeley and Lawrence Berkeley National Laboratory under Dr. Mina J. Bissell. Dr. Tanner joined the National Cancer Institute as a Stadtman Tenure-Track Investigator in July, 2012, where she integrates concepts from molecular biophysics and cell biology to learn how cells and tissues sense and respond to their physical microenvironment, and to thereby design therapeutics and cellular biotechnology.

For her work, she has been awarded the 2013 National Cancer Institute Director’s Intramural Innovation Award, the 2015 NCI Leading Diversity award, 2016 Federal Technology Transfer Award, the 2016 Young Fluorescence Investigator award from the Biophysical Society and named as a Young Innovator in Cellular and Molecular Bioengineering, which highlight her scientific accomplishments and service to the greater intramural NIH and extramural scientific community. She also maintains strong connections with the extramural community through service as an editorial board member of Scientific Reports and as a review editor for Frontiers in Cell and Development Biology. She currently serves on the Membership Committee of the American Society of Cell Biology, the Minority Affairs Committee of the Biophysical Society and is a Member at large for the Division of Biological Physics of the American Physical Society.